Divided into 19 districts, the city of Valencia preserves its identity in its many neighbourhoods, each with a different history, style, and essence.
Popular neighbourhoods and areas in Valencia

Here you can find quick answers to all of your questions. Linked, you’ll find the articles or the sections of the articles that can give you more detailed information.

Although they often used as interchangeable terms, El Carmen and the Old Town (also called Ciutat Vella) are not the same thing.

Barrio del Carmen is a neighbourhood in Ciutat Vella, Valencia’s Old Town district. It is a must for anyone interested in sightseeing, known for its mediaeval remains, century-old streets and houses, museums, and street art. 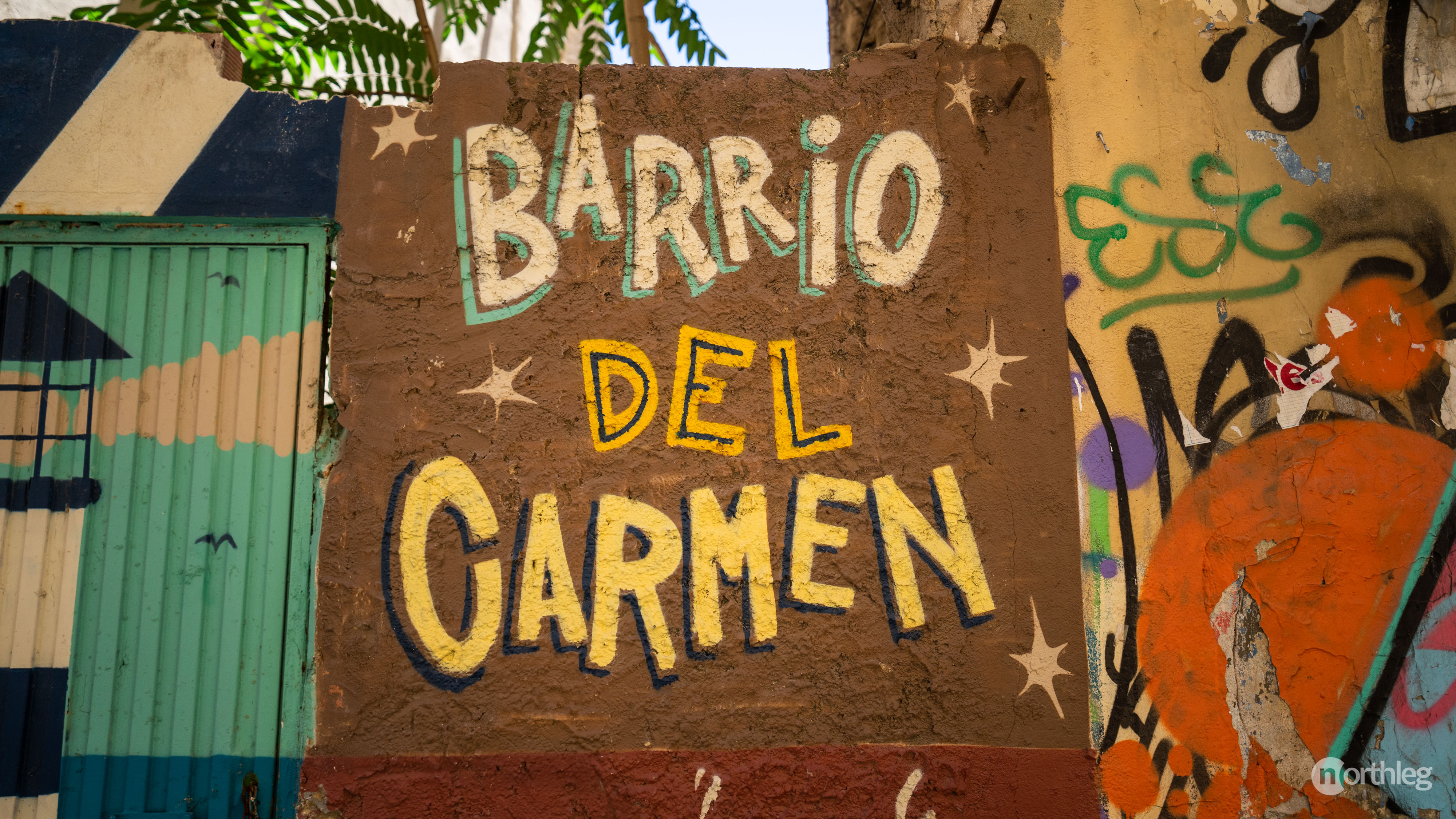 El Carmen
With its narrow cobblestone streets and mediaeval remains, El Carmen is the historical centre of Valencia. Its old houses are painted in the bright colours of urban art, and its streets are buzzing with people, small cafes, artisanal shops, tapas bars, and live-music venues.
Read more ->
Ruzafa is a neighbourhood in Valencia’s Eixample district. It is the hippest area of the city, known for its art galleries, American-style cafes, quirky bars, and artisanal businesses. 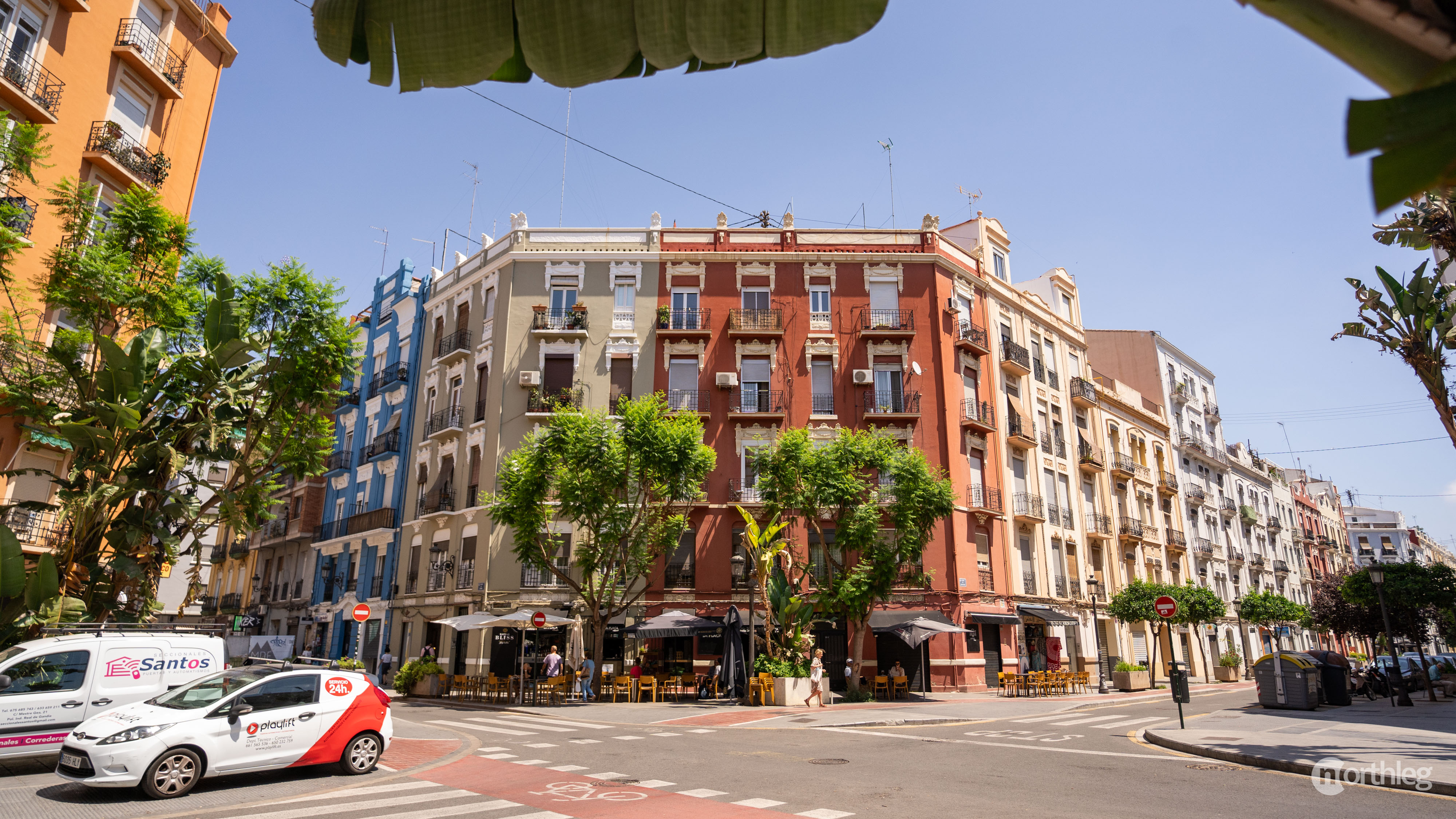 Ruzafa
Art collectives, pastel façades, bakeries, courtyard concerts and bohemian bars: this is Valencia’s hip neighbourhood. This is where you come to unwind on a sidewalk terrace after a museum tour.
Read more ->
Valencia’s city centre and most popular areas coincide with the Old Town and Eixample districts.
Valencia’s historical centre is the Ciutat Vella (meaning Old Town) district. In particular, the Seu, Carmen, and Mercat neighbourhoods are the oldest parts of the city.
The Ciutat Vella and Eixample districts are the most popular districts. In terms of neighbourhoods, the ones you’e going to hear about the most during your stay in Valencia are El Carmen and Ruzafa.
The areas most appreciated by students are Blasco Ibáñez, Ciutat Universitaria, and Benimaclet. A considerable amount of international students also live in Ruzafa.
Ruzafa is the cool neighbourhood par excellence in Valencia. Other beloved (and slightly lesser-known) hip areas are Benimaclet and Blasco Ibáñez.

Ruzafa
Art collectives, pastel façades, bakeries, courtyard concerts and bohemian bars: this is Valencia’s hip neighbourhood. This is where you come to unwind on a sidewalk terrace after a museum tour.
Read more ->
With variations depending on the type of crowd and vibe you are looking for, Ciutat Vella, Ruzafa, and Benimaclet are all good places to have a drink.
The area surrounding Colón metro stop is known for its many shops and big brands. If you are looking for smaller businesses, artisanal shops, or even second hand stores, you’ll have more luck in other areas, like El Carmen or Ruzafa. For local markets, you can go to Benimaclet.
El Cabanyal is a neighbourhood by the sea, in the Poblats Marítims district. It is famous for its quiet pedestrian streets, picturesque and colourful houses, and casual bars and cafes.
Benimaclet is the name of a district in Valencia, as well as one of the neighbourhoods in said district. The area has maintained its small-town feel and a laid-back atmosphere, despite its closeness to the city centre. You can expect a lot of street markets, inexpensive bars and restaurants, and a multicultural crowd.
Blasco Ibáñez is the area, as defined by locals, surrounding Avenida Blasco Ibáñez. It is known in Valencia for its quiet yet upbeat atmosphere, with hip cafes, college bars, tapas eateries and its student population.
Valencia’s beaches are Platja del Cabanyal, Playa de la Malvarrosa, Playa de Les Arenas, Playa Patacona. They are all in the Poblats Marítims district.
The Pla del Remei and Gran Vía neighbourhoods in Eixample are some of the most expensive commercial and residential areas in Valencia.