Valencia Airport, also known as Manises Airport, is the second-largest airport in the region after Alicante. The airport is only 8 km west of Valencia, making it the closest to the city centre.
How to get to Valencia from the Airport

Taxis are not the cheapest option, but they are surely the most comfortable and one of the fastest options to reach your final destination, no matter where in Valencia. They also run 24 hours a day on any given day, so they will be your to-go option if you are arriving very late at night or on a bank holiday.

You can either take a taxi directly at the taxi stand or book one—either in advance or at the moment—through an app or by making a phone call directly to the company.

Keep in mind that the taxis you can stop along the road in Valencia are white, with a green light on the top indicating their availability. Meanwhile, Cabify vehicles (mentioned below) don’t look the same, as they have a VTC licence (Vehículos de Turismo con Conductor: tourism vehicles with private drivers). The difference between the two is that you can only book a VTC through the app, while you can also hail a taxi in the street. Remember that Cabify allows you to book either a VTC or a normal taxi through their app.

For visitors with reduced mobility, Valencia has more than one wheelchair-accessible taxi company, but it is always highly suggested to reserve whenever possible, either through an app or phone call. Accessible taxi companies include Tele Taxi and Su Taxi . 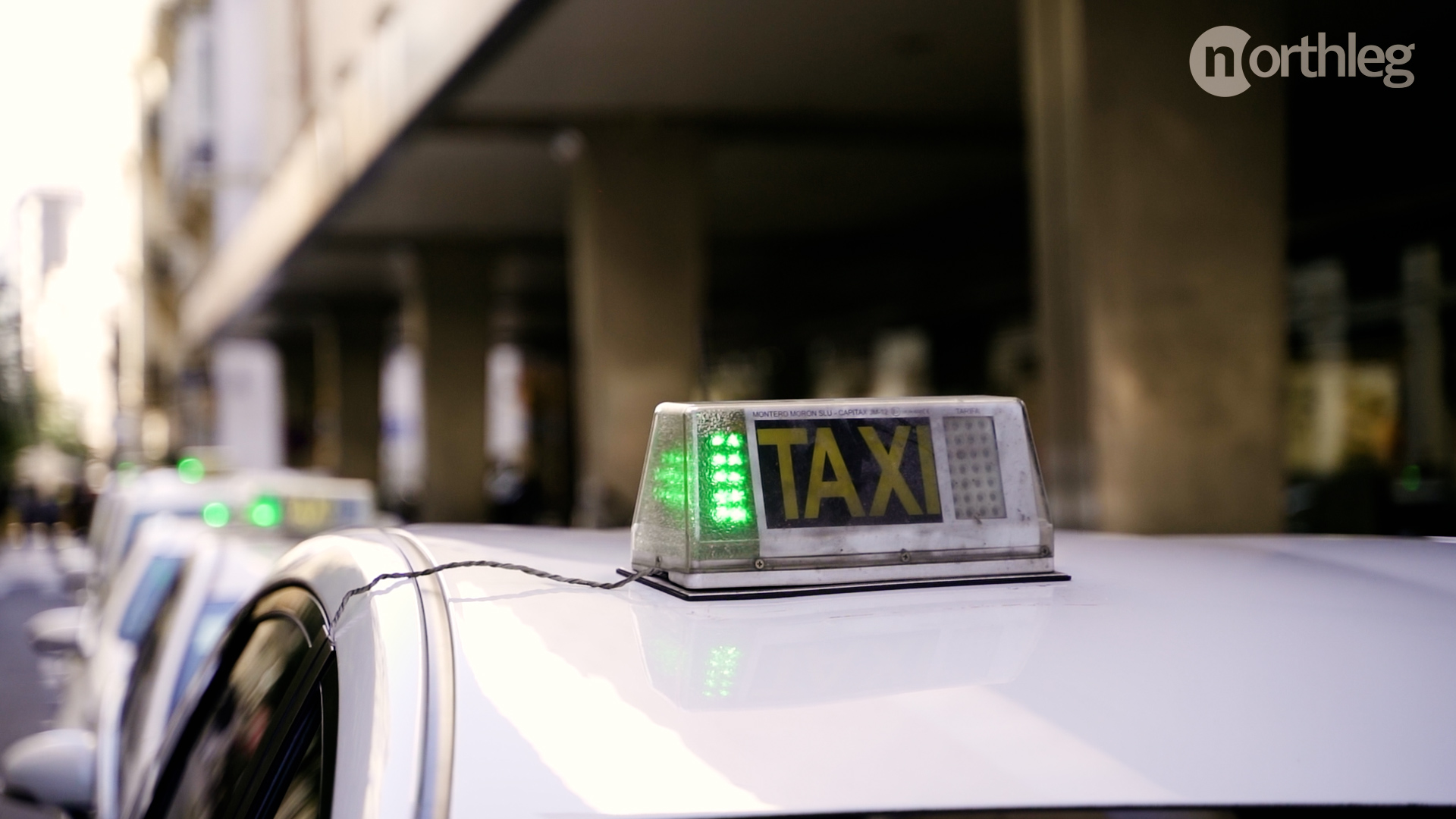 The taxis in Valencia
Valencia is usually best enjoyed by walking or cycling. However, taxis can be convenient if you're travelling with companions or a lot of luggage, especially for longer journeys.
Read more ->

Take a taxi at the taxistand

Getting a taxi directly at the taxi stand should be fairly easy, as taxis stop in front of the Arrivals exit. The time you have to wait for a taxi depends on how busy the airport is on the day. In general, this will not be too long, as there are a lot of taxis coming and going from the airport.

If you want to avoid surprises and misunderstandings, it’s important to always ask the cab driver in advance for an approximation of the ride cost. In this case, as you would not be booking the taxi in advance, the taximeter should be turned on from the moment you get in the car. You will be able to pay in cash or by card at the end of the ride.

As mentioned above, there is no fixed rate for a journey from and to the airport, but they’re generally is a €5.40 supplement for services to the airport. The minimum starting fare for a taxi ride to the airport will be €12.00.

Keep in mind, there are two different fares, depending on the time you are travelling:

On a registered taxi, you should also find the official prices inside the vehicle, either on the window or on the back of the driver’s seat.

If you want to, you can check on the official Generalitat Valenciana page for any extra costs or additional fares.

For additional information, feel free to also check out our article about taxis in Valencia.

Location of the taxi stand

The taxi stand in Valencia Airport is directly in front of the Arrivals exit. You will see the taxis lined up as soon as you come out the doors.

How to get to the taxi stand at Valencia Airport - timelapse

When booking a taxi via app or phone, they will also be able to come to pick you up in this same area.

Order a taxi via an app

The second option you have, apart from waiting by a taxi stand, is to book via an app. This is probably the best option if you arrive at a particularly busy time. By using an app you will avoid waiting too long, and you will also know exactly how much time it will take for the taxi to arrive.

Some of the advantages offered by the app are making sure that the taxi driver is taking the shortest route, and having the taxi and taxi driver info available. These will make sure you are not being overcharged, and that you can later reach out to the same taxi you took, in case you forget something inside the vehicle.

Another plus of using an app is that you might be eligible for discounts or vouchers if you are a new or frequent user (depending on the app).

On average, taxis booked via app tend to be slightly cheaper than the ones you get at the taxi stand. If you book via app, you will also know exactly how much the ride will cost you upfront (as opposed to a taxi stand, where you will only get an approximation). A taxi ride via an app from the airport to the city centre should cost around €20.00.

Aside from being able to pay in cash, like any other taxi, you will also be able to pay via the app, with a variety of methods, including Apple Pay, credit card, debit card, or others.

Free Now is one of the most widely used taxi apps in Europe. It is extremely user-friendly and ensures that you are travelling with a licensed cab. Free Now is a great option if, for example, you are taking a taxi late at night.

Registration is easy, and upon request, you will see the estimated cost upfront, as well as a selection of vehicles to choose from.

How to book a taxi with Free Now - Tutorial

If you want to know more about Free Now, we have an article on transport tools and apps that could help you.

Cabify, which also owns Easy Taxi, is a popular app, and booking with it normally ensures cheaper rates than usual.

The app is easy to use, and once you book you will be connected to the driver. This will enable you to see their location, call with any questions or requests.

How to book a VTC or taxi with Cabify - Tutorial

You will also be able to set your preferences (music, air conditioning, etc) in your account.

If you want to know more about Cabify, we have an article on transport apps that could help you.

Grabbing a taxi is the best option if…