Canal Saint-Martin, 4.5 km (a little less than 3 miles) of peaceful waters and quaint river-side scenery, right in the heart of Paris.

Canal Saint-Martin, 4.5 km (a little less than 3 miles) of peaceful waters and quaint river-side scenery, right in the heart of Paris.

Canal Saint-Martin is a canal in Paris, which also gives its name to the surrounding neighbourhood. Over half of its course is covered, making the canal one of the most charming and picturesque cruises you can go on in Paris.

While many still get to appreciate the canal from the shore along its open sections, a boat tour is what will really allow you to appreciate Saint-Martin in its entirety. That includes the scenery along its banks - the historic hotels, the food markets, the sidewalk cafes - as well as the eerie underground passages and cast-iron footbridges.

While the cruises on Canal Saint Martin are not as advertised as other activities like, say, the Tour Eiffel, they are still pretty popular. For this reason, we recommend you book your tour early on - you can do so here .

During the day, the canal is extremely peaceful, perfect for a moment of contemplation in the busy city. Along the gentle waters of Saint-Martin, you’ll see century-old trees (particularly beautiful in autumn and spring) and small colourful shops. At night, the canal becomes a hotspot for nightlife, with numerous wine bars and restaurants peppering its banks.

Canal Saint-Martin is so visually striking and evocative that it has appeared in many films (most recently Amélie and Mission: Impossible - Fallout ), literary pieces, and music. It even inspired famous artists such as the impressionist painter Sisley . 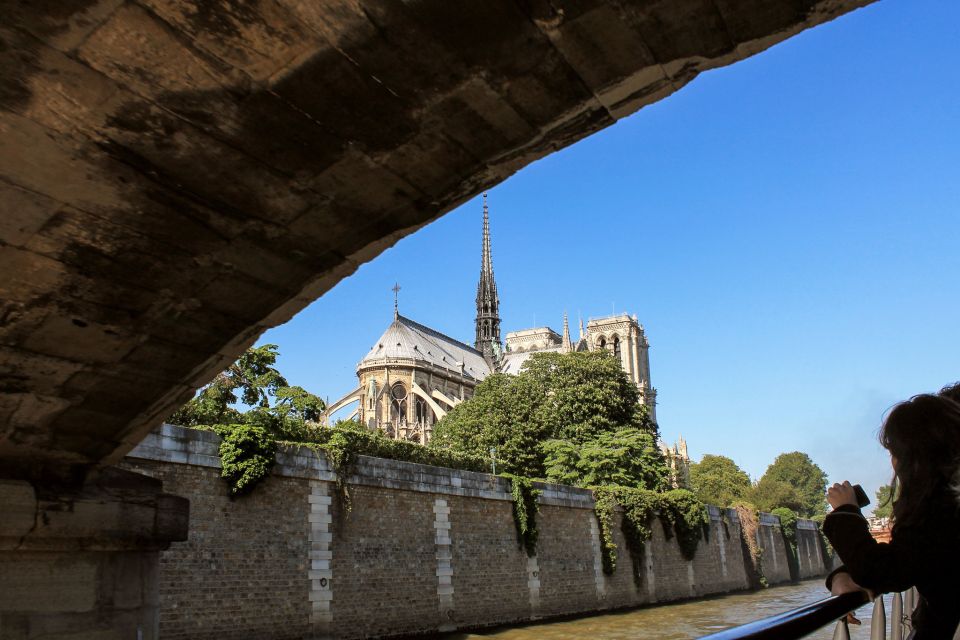 Canal Saint-Martin & Seine River cruise
Reserve your canal and river cruise before it gets all booked up!
Book it now

Canal Saint-Martin connects the Canal de l’Ourcq to the river Seine, by the northern edge of the 12th arrondissement, the one closest to the city centre.

The Canal Saint Martin is best enjoyed on a river cruise, which you can book here . That way you’ll not only enjoy the open-air canal but also the underground sections. However, if you only want to pass by it, these are the public transport stops closest to it.

Canal Saint-Martin & Seine River cruise
Reserve your canal and river cruise before it gets all booked up!
Book it now

Latin Quarter - across the Seine.

A secularised monument and a repository for some of the greatest French citizens, the …

The City of Science and Industry (Cité des Sciences et de l'Industrie, in French) is …

With the largest Monet collection in the world and many other masterpieces, the Marmottan …