The Montmartre district has all the charm of a village, the bohemian personality of an artists’ refuge, and the romance of a well-preserved historical neighbourhood.

The Montmartre district has all the charm of a village, the bohemian personality of an artists’ refuge, and the romance of a well-preserved historical neighbourhood.

Montmartre is both the name of the large hill located just north of Paris’ centre, in the 18th arrondissement, and the neighbourhood that occupies it. The hill is not particularly large - only 130 m (430 feet) high - but it still offers sweeping views over the city. Seen as it isn’t terribly steep, we recommend going on a walking tour of the neighbourhood to appreciate its beauty.

The Montmartre neighbourhood, also known as La Butte (The Small Hill), is primarily known for its artistic history, bohemian atmosphere, winding streets, and famous landmarks. The most famous among them are the Sacré-Coeur Basilica, perched at the very top of the hill, and the Moulin Rouge, at its base.

The neighbourhood was initially no more than a village, an independent commune of Paris peppered with vineyards and mills. However, by the closing decades of the 19th century, it had evolved into somewhat of a seedy and disreputable quarter.

It was here, among brothels, alcohol, and cabarets, that many (back then penniless, nowadays renowned) artists, such as Renoir, Picasso, Toulouse-Lautrec, Van Gogh e Modigliani, found inspiration for their works and comfort.

After the French Belle Époque, the Montmartre neighbourhood thus gained popularity and slowly became the district it is today - winding streets, a romantic je ne sais quoi, and retro eateries. Now, if you want to get a taste of some of those famous French products, Montmartre is the perfect neighbourhood for a food tour .

Among the many exquisitely picturesque corners, steep streets lined with colourful and retro buildings, and delicious gastronomic options, you’ll find that Montmartre still is the beating heart and sould of artistic Paris. For this, you’ll particularly appreciate Place du Tertre, where all the portrait and landscape artists are to be found, day and night.

And for those on the lookout for particularly charming corners, we recommend Rue Lepic, Square Louise Michel, and Place des Abbeses. These locations have all been, incidentally, used as filming sets for the film Amélie.

As mentioned, the best way to get to know all this is with an expert showing you around. A local guide will share all their secrets of this neighbourhood with you, and believe us, there are many. 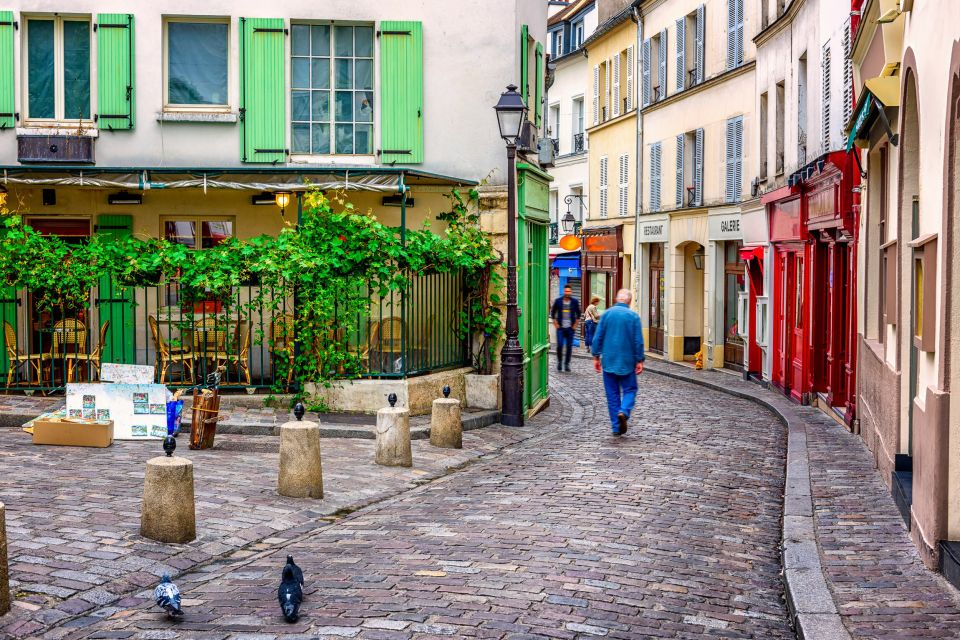 Explore Montmartre on a guided walking tour
Let your guide share Montmartre’s secrets and hidden gems with you.
Book it now

The Montmartre neighbourhood is atop a hill, so you can either climb 197 steps up to the Basilica or take the Funicular. If you’re visiting other parts of the neighbourhood, you could take the Métro instead. 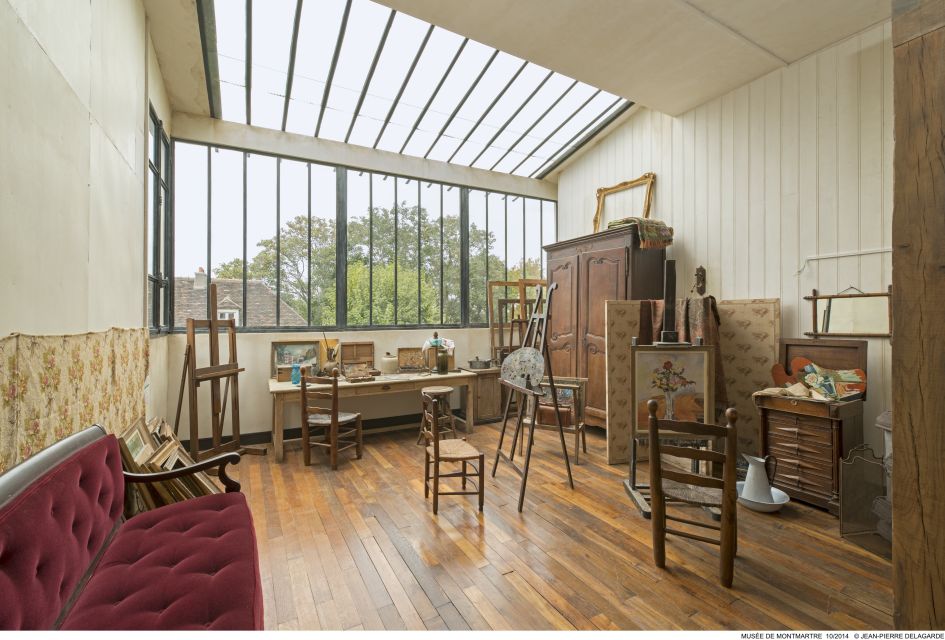 Vigne du Clos Montmartre - a vineyard in the middle of the city.

Cimetière de Montmartre - an 18th-century monumental cemetery where famous personalities such as Degas, Zola, and Stendhal are buried.

Moulin Rouge - a still active and rather famous 19th-century cabaret.

City buses in Paris are the perfect way to see the city while getting to your destination. …

France’s most renowned museum, the Musée du Louvre, holds some of the world’s best-known …

The French are not necessarily enthusiastic at the idea of having to speak English, so …

On this page
Introduction
Montmartre