Cremà is the term used to refer to the burning of all the fallas sculptures. This series of massive bonfires is one of the most important rituals in the Fallas festival. It marks its last, concluding night, the 19th of March.

Despite its importance and fame, the Cremà is also one of the most misunderstood acts of the festival by non-Valencians. Many ask, how is it possible that an entire year of fundraising, dedicated holidays, hard work, and a final twenty days of celebration, all go up in flames? But in reality, the Cremà is the raison d’être of the whole Fallas festival, its end and its beginning.

The Cremà is a fire ritual, where the flames bring renewal, where all that is old is destroyed to make way for the new, a rebirth of the city. The word comes from the Latin crematio, which literally means “the act of burning”. And it is in these roaring flames that the fallas that involved a whole community go.

If you have any doubts regarding some terms or words that relate to Fallas, you can check out our article with a complete Fallas vocabulary. 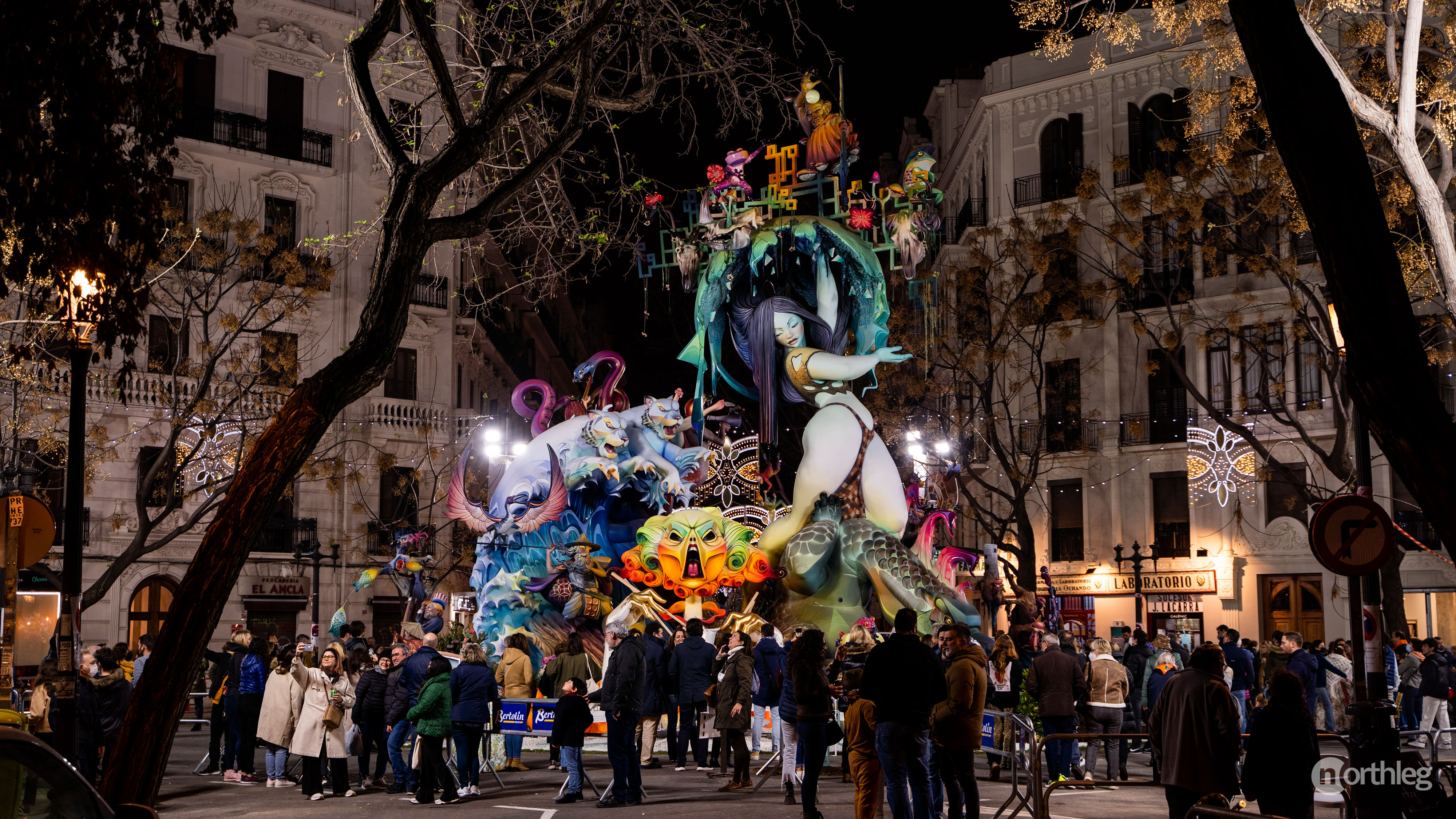 Fallas - A beginner’s guide
Explosive, colourful, and loud. Fallas is an ever-new tradition, daring and different every year. Here you can find an overview of the basic concepts to understand Valencia’s most explosive and fiery festival
Read more ->

First of all, you have to keep in mind that this is the whole point of a sculpture’s existence, so in a way the Cremà begins in the artists’ workshops. The fallas are designed specifically to burn a certain way. After that, the procedure for burning them is pretty much the same, regardless of size.

After the sculptures are placed in their final position and all their parts added, pyrotechnic materials and tracas (wicks lined with firecrackers) are placed in strategic points. This is so that, when the falla is lit on fire from the top, these materials are ignited, producing a mesmerising (and very loud) spectacle.

Which Fallas are burnt

Not everything is fed to the flames on the night of the Cremà. Some figures are saved every year.

Before the end of the festival, a ninots exhibition is organised. Each committee choses two puppets (one for children, one for adults) which, according to them, best represent the fallas of which they are part.

The exhibition’s visitors vote, and the winning ninots are pardoned from the fire, becoming ninots indultats. You can visit all the pardoned ninots (since 1934) in the Museo Fallero. All other puppets are taken back to their respective fallas after the exhibition, and will be burnt with them.

If you’d like to learn more about this museum, you can read about it in our article.

The Cremà is a very important, symbolic moment that moves the participants: the end of the old cycle and the beginning of a new one. With the start of each fire, traditional folk songs are played and even sung by the public.

When the municipal falla in Plaza del Ayuntamiento is burnt, bringing the festival to a closure, the regional anthem is played via the loudspeakers and sung by everyone in the square. This is a further expression of the strong regional identity that characterises the Valencian people and that permeates the festival as a whole.

In the heart of the city’s old quarters is Valencia’s Cathedral, home to the Holy Chalice …

Useful apps and tools to move around in Valencia

Whether you are taking public or private transport, there are many tools to help you plan …

A great climate, the perfect geography and more than 160 km of bike lanes make Valencia …

On this page
Introduction
What it is exactly