Did you know that there’s a right and a wrong way in which the fallas can burn on the night of the Cremà? And what about the ancient origins of this ritual? In this section, you can find out all the most interesting facts about the Cremà.

There are two main theories regarding the origins of the Cremà, and the Fallas festival in general.

The first one is common to many other seasonal festivities in the Christian world. According to this theory, the festival can trace its origins back to the time when rituals were habitually performed on the occasion of seasonal changes (winter to spring, spring to summer, etc…).

The Catholic church, unable to eliminate (or perhaps cunningly rebranding) the ritual, embraced it as a celebration related to St Joseph (San José, in Spanish). This day, as it just so happens, falls basically on the day of the spring equinox.

Another theory sees the ritual as a direct descendant of the carpenters’ celebration of their patron saint (St Joseph indeed). Tradition dictates that, during the winter and autumn months, Valencian carpenters used to illuminate their workshops with a parot, a sort of chandelier supported by a wooden pole.

When days were becoming longer, and St Joseph’s day came around, the carpenters would put the parots in the street, together with unused scraps of wood, and burn them to celebrate.

Over time, the bonfires became richer and the poles more elaborate, to the point that they were given human appearances and started being a way to mock disliked figures or people.

The fallas are placed in almost every square of the city, and sometimes, where there’s no square, at street crossings, corners, or just where the street is wide enough to allow for the sculpture to be placed.

In these cases, the structures are in close proximity to monuments, buildings, and houses. This forces the fire brigades to prep the site for the burning of the fallas: just before the sculptures are lit, they cut off the electricity and dampen the nearby walls, trees, and flowers on the balconies to prevent damage.

Don’t rely on the timetable too much

Although there’s an official programme that defines at what time every event is going to take place every year, many fallas don’t actually burn at the officially reported time.

This is because firefighter presence and clearance are required at every site where a sculpture is burning. Since there simply aren’t enough firefighter teams to oversee the burning of almost 400 fallas at the same time, the burning goes on for many hours.

This is also advantageous for the public because it means it’s possible to witness several fallas burn throughout the night.

If you’d like to have a look at the full Fallas calendar, you can check out our article. 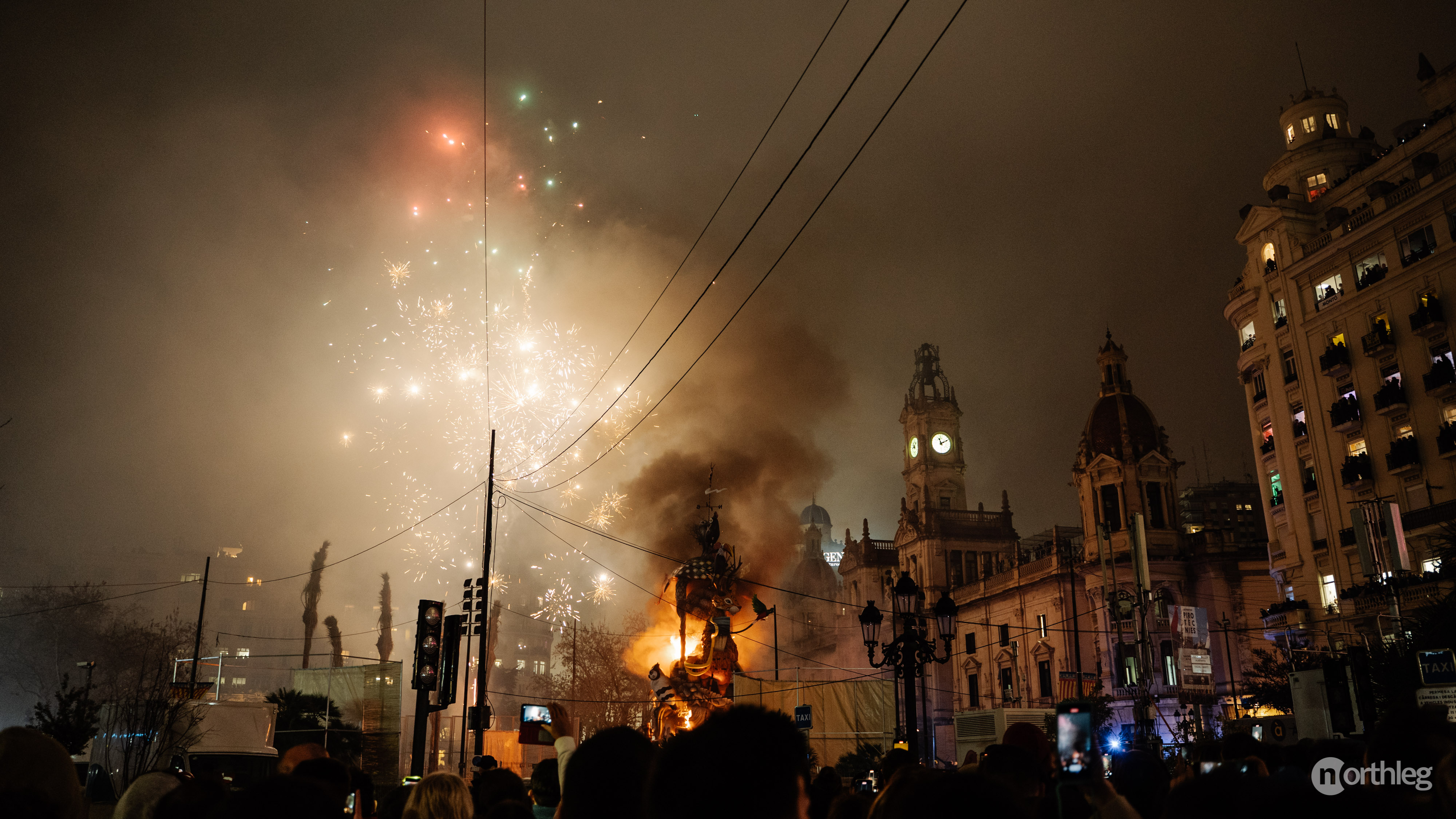 Fallas calendar 2023
A complete programme of every event in Fallas 2023, from February to the 19th of March
Read more ->

The right way to burn

The Fallas aficionados - that is to say almost every Valencian person - know that there’s a specific way the sculptures should burn. For this reason, during the Cremà, particular attention is paid to where and how the fallas burn and fall on themselves.

According to the experts, in a well-built falla, when the highest part of the statue is burnt (generally the central section), it should always fall perpendicularly to the ground, and never sideways. Falling apart and to the sides is, apparently, a sign of poor construction and poor burning practices. As such, it would provoke criticism from the committees and the public.

Characterised by its early 20th century buildings, Plaza del Ayuntamiento is one of the …

Discover Valencia’s most complete free entry pass and discount card, all in one. Here, we …

On this page
Introduction
Curiosities