With its narrow cobblestone streets and mediaeval remains, El Carmen is the historical centre of Valencia. Its old houses are painted in the bright colours of urban art, and its streets are buzzing…
El Carmen

It’s important to remember that La Seu, the Cathedral of Valencia is not in the Carmen neighbourhood. This is a common misconception, as the Cathedral is actually located in another barrio (de la Seu), which still belongs to the Ciutat Vella district.

The Iglesia de San Nicolás de Bari y San Pedro Mártir, also simply known as Saint Nicholas Church, is one of the most visited religious buildings in Valencia. Its fame is due to its unique combination of Gothic and Baroque styles, as well as its spectacular ceiling fresco. This last feature has earned it the nickname Sistine Chapel of Spain.

The history of this building spans centuries. The site was initially (12th century) occupied by a mosque and later cleared out to make room for a church, which kept being altered and remodelled until the 1800s.

Saint Nicholas’ Church is at the edge between El Carme and La Seu neighbourhoods in the Old Town (view map above). In fact, its main entrance is in El Carmen, while the church itself falls within the limits of the Seu neighbourhood.

If you want to learn more about this church, you can check out our article about the Iglesia de San Nicolás de Bari y San Pedro Mártir. 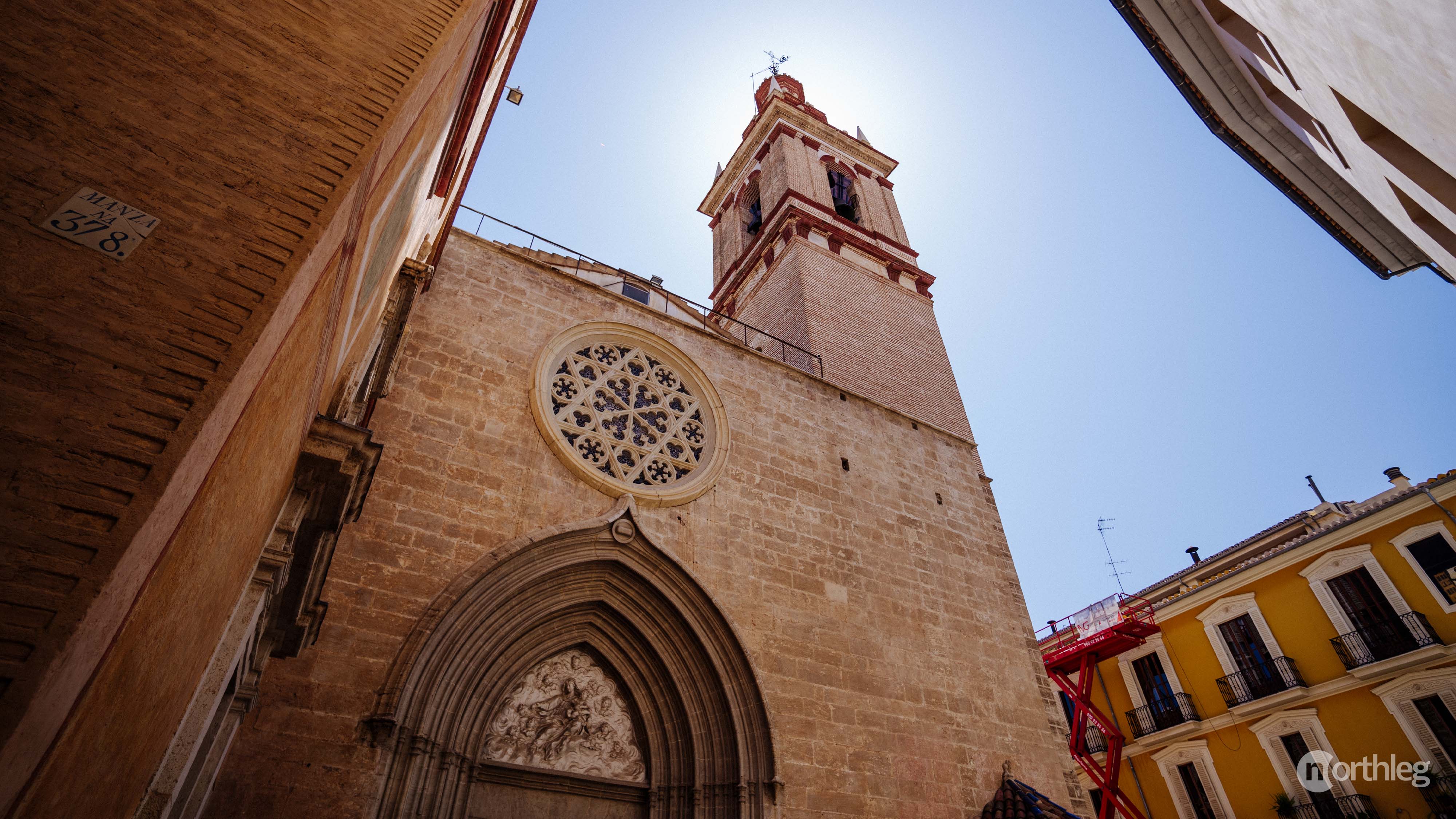 Church of Saint Nicholas of Bari and Saint Peter Martyr
A Church whose history spans almost 15 centuries, a site of many faces and even more stories, hidden among the houses and buildings of the Carme neighbourhood in Valencia.
Read more ->

The building that today we call Iglesia de la Santa Cruz (Church of the Holy Cross) was part of the larger Real Monasterio de Nuestra Señora del Carmen. Because of this, the Church is still referred to by many Valencians as Iglesia del Carmen.

The monastery, which gave its name to the Carme neighbourhood, was built in 1281 by the Carmelite monks. Its most notable features are the Gothic and Renaissance cloisters, as well as the Mannerist façade facing Plaza del Carmen.

When the convent was dissolved in the 19th century, part of it became the Church of Santa Cruz, while the remaining part of the old convent is home to the Centro del Carmen Cultural Centre.

Santa Cruz Church is in the eastern section of the Carmen neighbourhood, not far from the Serranos Towers (view map above).