It is undeniable that the Middle Ages left their mark on Valencia. The city’s Old Town is filled with Mediaeval treasures: Romanesque-style gates, huge guard towers and ceremonial entry gateways, Gothic halls and dark church crypts. Some of these are renowned, some others are true hidden gems.

Find out our top picks to get to know Mediaeval Valencia, and retrace the steps of the Valencian Golden Age and the Christian Reconquista.

You’ll find these two Mediaeval treasures in the Carme neighbourhood, at its northern and western edges. Once part of the twelve entrance points along the city wall, the Quart and Serranos Towers are today the only two remaining gateways.

Crossing these stone arches, you will enter the city walking the same steps as millions of travellers before you. The Torres are a must-see for anyone who wants to get an idea of the Valencian Gothic style. 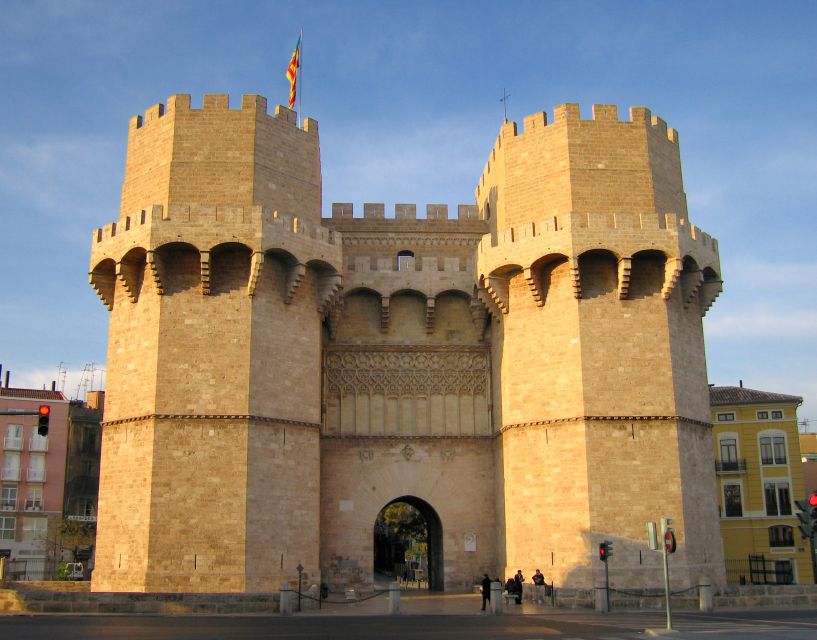 Inside the Serranos Towers, you’ll get to enjoy a unique blend of military and ceremonial architecture. Climbing to the top of both the Serranos and Quart Towers, you’ll have a beautiful panoramic view over the city’s Old Town, where most of its Mediaeval buildings are.

The Cathedral of Valencia (also called la Seu) is Valencia’s most important religious building and the place where you can find the Holy Grail, as recognised by the Roman Catholic Church. The origin of the building is not Meadieaval - in fact, the site was initially occupied by a 5th-century Visigoth cathedral and later a mosque - and even after the 15th century, the church underwent several remodellings.

However, the mark that the Middle Ages left on the building is unmissable, especially on the exterior structure. Two of its main doors, beautifully elaborate, are in Gothic and Romanesque style respectively. Another jewel you won’t want to miss is the Miguelete, the Cathedral’s panoramic bell tower. 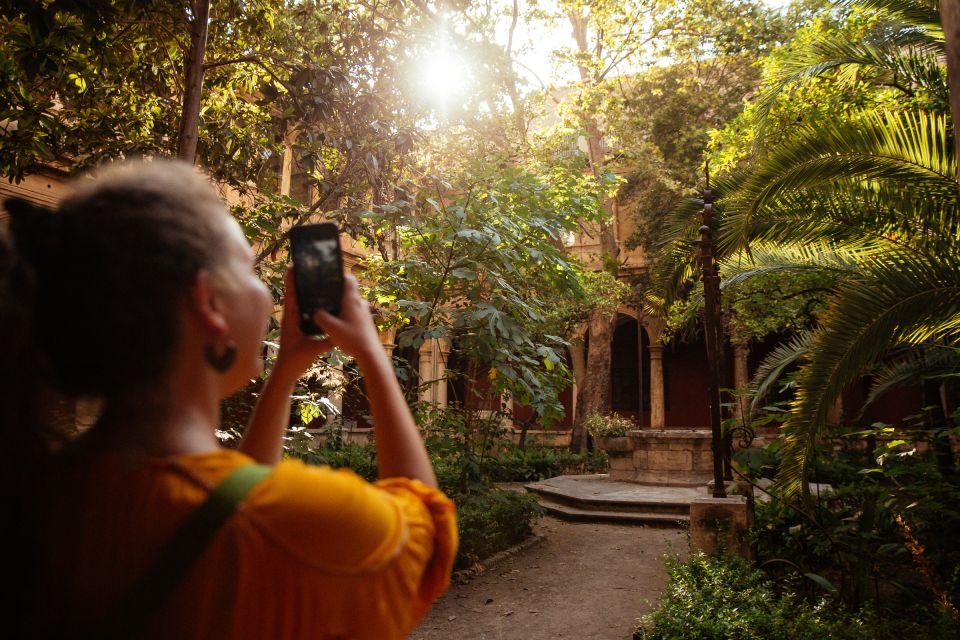 The Lonja de la Seda (Silk Exchange, in English), built in the 15th century, is perhaps the most important example of Valencian civil Gothic style.

The building is a testament to the power and wealth held by Valencia in its Golden Age, when it had become one of the great Mediterranean mercantile cities. This structure is a triumph of elongated and evocative lines, intricate shapes and decorations, allegorical carvings and bas-reliefs.

Stepping into this building feels like walking into a high historical fantasy dream. Tall and painstakingly decorated with coffered ceilings and pointed arches, the halls of this Valencian gem are populated by mysterious, demonic stone figures. 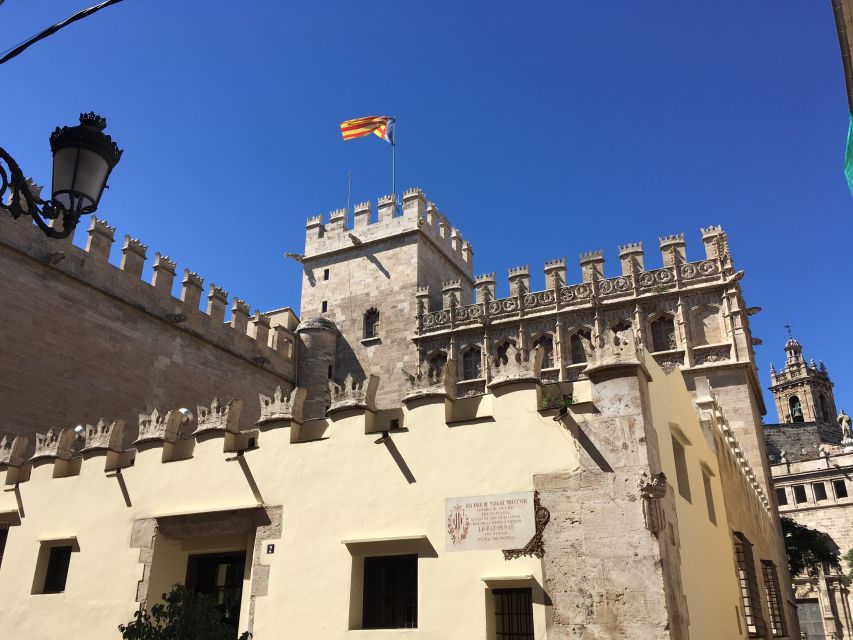 Plaça de la Mare de Déu, also known as Plaza de la Virgen, is one of the most emblematic squares of the city, and one of the most charming. It is located in the heart of the city’s old quarters, around which the city developed in Mediaeval times.

On most days, you can find locals relaxing on the stone benches of the square, having a drink and enjoying the splashing sound of the nearby Fuente del Tùria fountain. The square is surrounded by some of Valencia’s most important Mediaeval and Renaissance buildings, the Catedral de Valencia, the Palau de la Generalitat, and the Basílica de la Mare de Déu dels Desemparats. 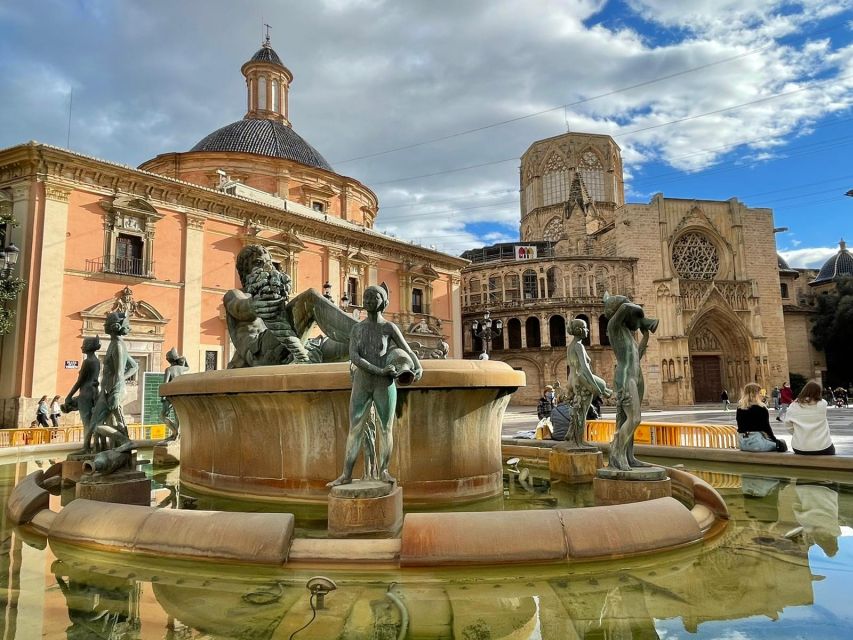 Built around 1261, San Juan del Hospital is believed to be the first church entirely built after the Christian Reconquista. Other pre-existing buildings in the city had been repurposed as churches, but none of them built from scratch at that time.

San Juan is much more visibly Mediaeval than other Valencian churches. Its style is mostly Romanesque and Gothic, while many others in the city tend to integrate more Baroque, Neoclassical, or Renaissance elements.

Particularly noteworthy is the Mediaeval Cemetery, located in San Juan’s southern courtyard of San Juan del Hospital. The cemetery is the only one of its kind in Valencia, and the chapel of King Jaume I is also unique in Europe. During your visit, you’ll also enjoy the remains of the Roman circus spine, still visible by the southern patio. 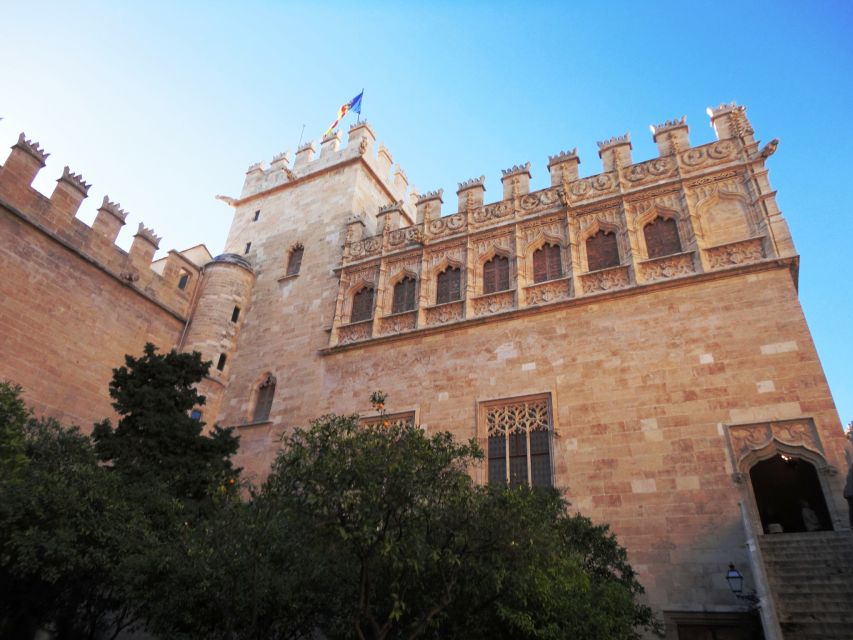 The construction of the Santo Domingo convent began in the 13th century and continued for hundreds of years after that. While many of its parts, like some chapels, the facade, and the cloister are Renaissance, Baroque or Neoclassical in style, the Capilla de los Reyes and Aula Capitular are visibly Mediaeval.

In a brilliant example of Valencian Gothic style, the ceilings are crisscrossed by dramatic buttresses and arches and sustained by slender columns that open up to the ceiling in palm-like shapes. In fact, these columns are said to be the inspiration behind the famous Sala de Contratación in the Lonja de la Seda. 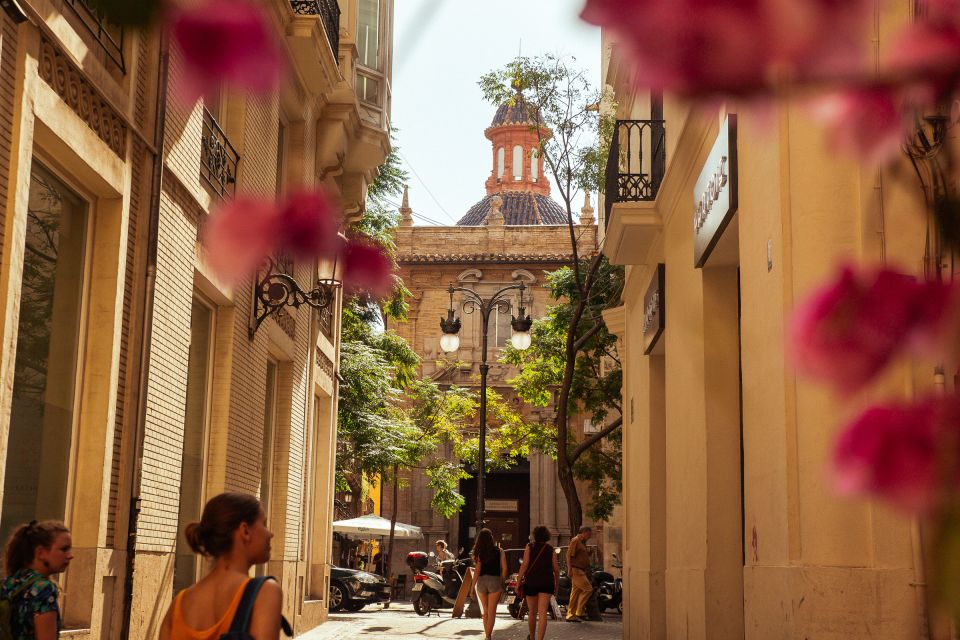