The dress is certainly what makes a fallera most recognisable and often fascinating, especially to tourists who have never seen such dresses.

The traje de valenciana, also called traje de fallera (fallera costume), is based on the way the women of Valencia used to dress in the 18th and 19th centuries. The level of historical accuracy is usually left to the personal taste of the falleras. In any case, the general structure and components of the dress are broadly the same for everyone, independently of age and role. Only a couple of elements distinguish the Fallera Mayor from other falleras.

Since 2001, the Fallera Mayor has to wear a specific fabric, whose floral design was chosen by the Junta Central Fallera (JCF). The fabric is referred to as the official espolín de Fallera Mayor de València*. Espolín* is a specific silk fabric made by hand with a wooden loom. So every year, the elected queen gets to wear a fabric design reserved exclusively for Falleras Mayores. Bets are often placed on which colours she will choose to make her dress.

The other distinctive element is the sash in the colours of the Valencian flag (red and yellow stripes with a blue band). However, the sash is not mandatory, so the choice whether to wear it or not is left to the Fallera Mayor’s preference. All Falleras Mayores (not just the Fallera Mayor de Valencia) can wear sashes.

If you’d like to learn more about the traditional fallera dress, you can have a look at our dedicated article. 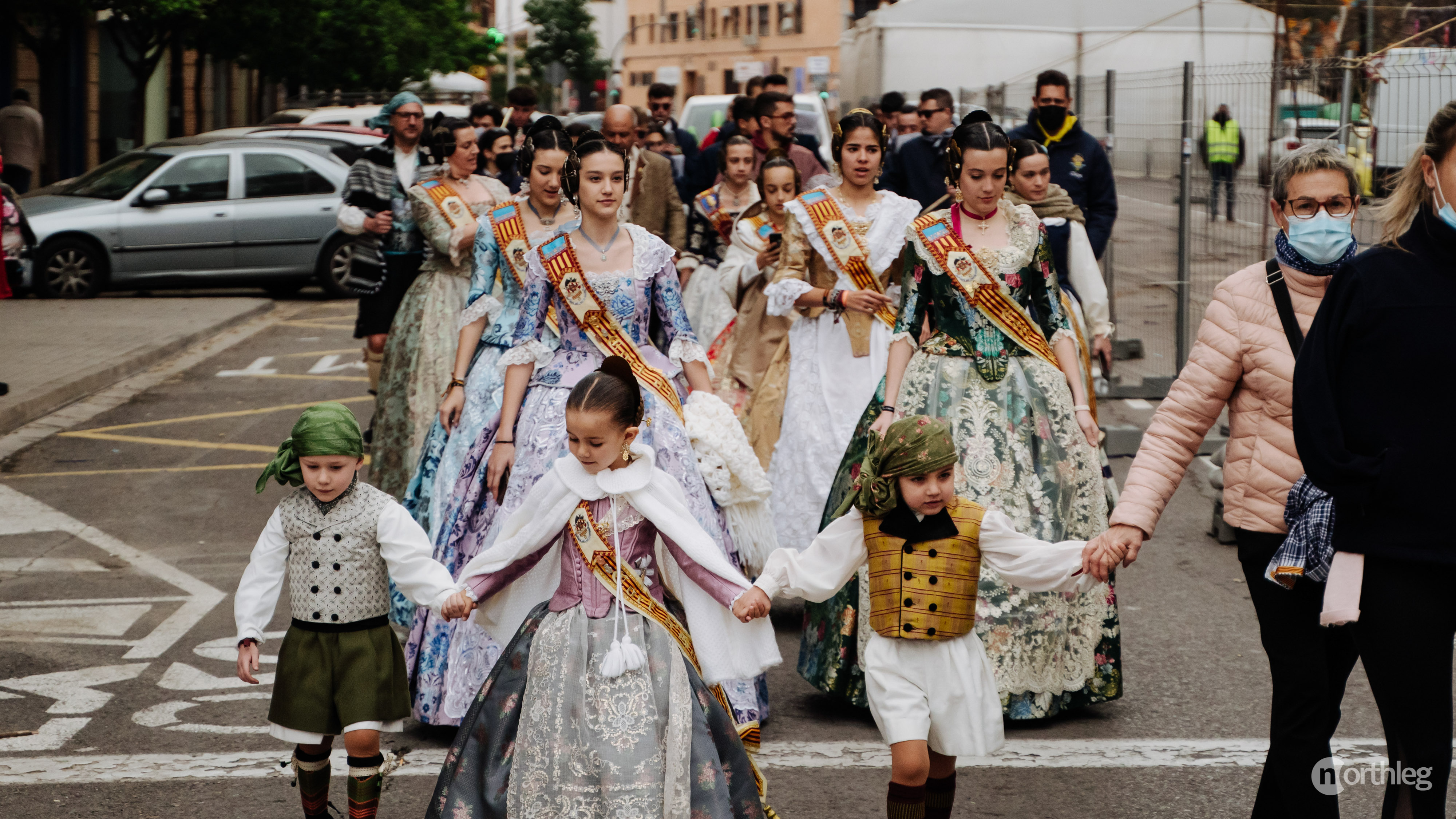 How to get around in Valencia

Valencia is the third biggest city in Spain, and it is well worth visiting every corner. …

Top activities for a rainy day in Valencia

Grey skies, pouring rain, and chilly wind: don’t let them stop you from enjoying yourself …